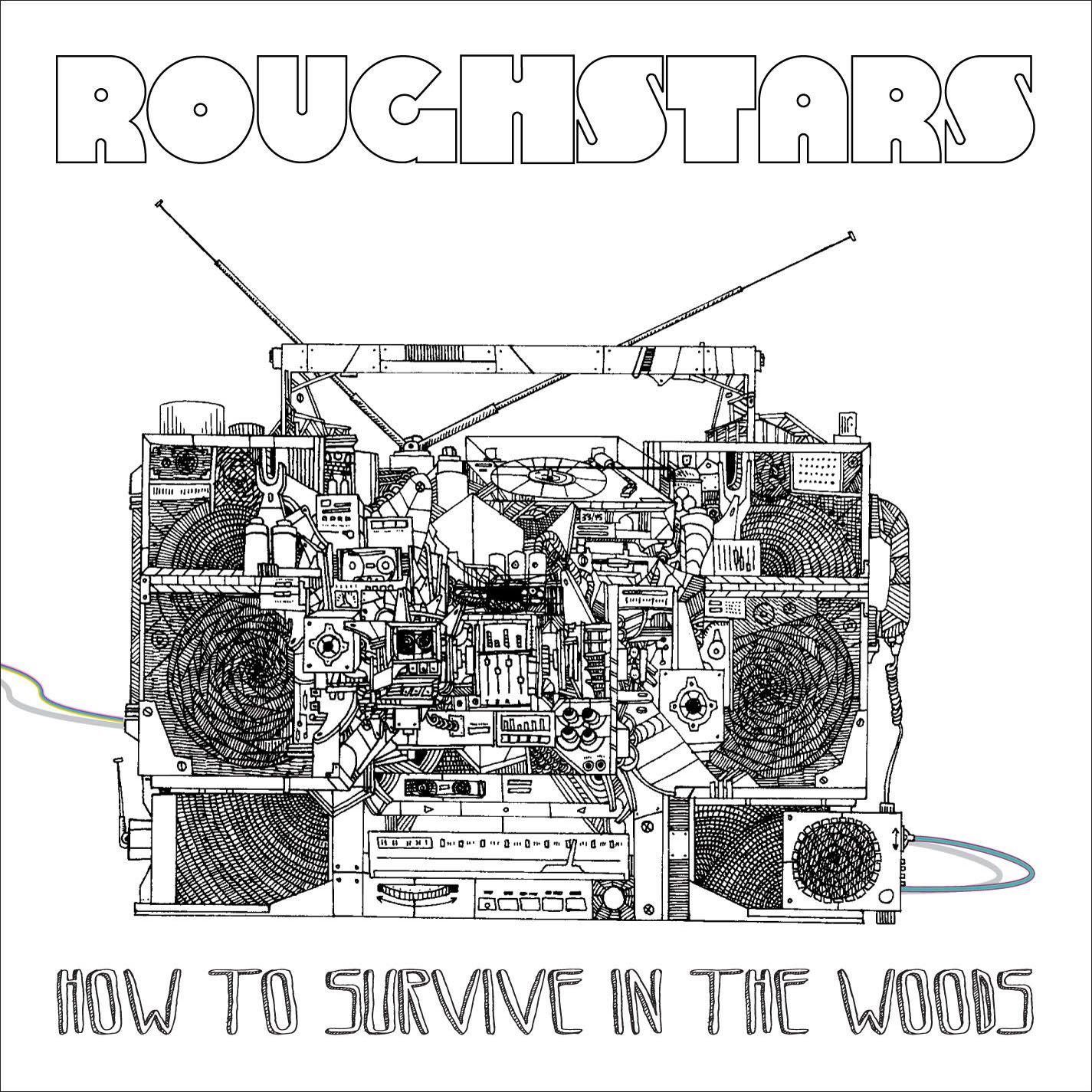 What does a Brooklyn-based band know about surviving in the woods? Absolutely nothing, but in some ways, everything; hence the title for the Roughstars sophomore set. "We're really well adapted to our environment, New York City, and this is our little survival kit," says producer Lars. "The title comes from an honest acknowledgment of our situation and how we create music to those conditions. A cultural commentary, which comes from living and being involved within the New York experience," says Bullet Brown. Lars and Bullet Brown grew up in New York City during the mid 80s, when Hip Hop, New Wave and Ramp;B started to break onto the top 40 charts. All these sounds gave birth to the alternative music scene. "If you were in New York during that time no one listened to the same music exclusively! We were all influenced by everything around us!" says Bullet Brown. And everything means Bad Brains, Run DMC, The Clash, Prince, to ladies rocking Vanity 6 exotic fashion and 80's NYC club culture. Meeting over a decade ago through their friend Thomas Bullock's (Rub'n'Tug, A.R.E Weapons) "White Telephone" parties at NYC hotspot 205 Chrystie, Lars and Bullet Brown found a shared understanding of music and became fast friends. A couple of years later, after meeting up with Vito vocalist, writer, and part-time co-conspirator the three friends started going to the studio together and Roughstars were born. "We are a NY band that is actually made up of New Yorkers," states Lars. "We are not mimicking a certain style or trying to sound like a combination of a couple of bands. We are trying to take our influences and make something of our own." And what Roughstars have made is their own style, Bump Rock a fusion of Ramp;B, Hardcore, and dusted Disco. "We challenge all artists that are producing a combination of styles and approaches to join Roughstars under the Bump Rock banner," declares Lars. Lars, (Manhattan-born, Yonkers raised, Brooklyn residing) guitarist and producer, cut his teeth with New York Hardcore bands such as Side By Side, Judge, and Alone In A Crowd. By day he is in law school and runs the band's label, Home Style Cooking. Brooklyn-Born Bullet Brown is the crew's fashionisto, lead singer and lyricist. When he's not singing or acting, he owns a Manhattan boutique Apartment 141 and is a designer of a women's clothing line called 3Free. Both of them grew up listening to New York radio and their parents' record collection. In the case of Lars, it was Black Sabbath, Marvin Gaye and WLIR; for Bullet, Harold Melvin amp; The Blue Notes and Frankie Crocker. The 2004 self-titled debut album was strictly a computer affair; while the new album has elements of both programming and live instrumentation. The video of the first album's single, "Letter In Blue", was composed of thousands of separate digital photographs, presented one after another in chronological sequence. This giant digital (and low-budget) flipbook of a day in the life of Roughstars aired on the MTV Networks and won an award for editing. How To Survive in the Woods displays the full range of the Roughstars. The opening track "Five Fifth Addiction" is the Bump Rock theme song; "New Ending" is a haunting power ballad; "NYC Deglam," according to DJ Magazine "is a rip-snorting party-down old-skool disco bump drowning in oceans of fuzzed-up synth and shouty post-punk nastiness." The album's final track, the-rally-around-the-freak-flag, quasi-instrumental workout "Passerby," recalls Outkast's "SpottieOttieDopaliscious." So what should one expect from the Roughstars and Bump Rock in 2008? "High energy live shows, hard beats amp; fine tailoring!" confesses Lars. "People singing our hooks, especially The ladies. And me rocking my

If all that idle indie chatter about great music being out there and people needing to hear it is true, then you need to hear this sh*t. --Anthem magazine

Over in New York, there's quite a buzz surrounding funk-soul-rock fusionists Roughstars. A series of electrifying live gigs have earned them a reputation as one of the most exciting acts on the circuit. --International DJ magazine

Luxury watches and handbags for less

See all Luxury watches and handbags for less
Sponsored
Deals on gold chains starting at $89.99
Free shipping. Deals end 9/12.
Save Now
Save Now

Today's Deals – All With Free Shipping

Want to make some extra cash?